Day in the Life of a Downshifter – Issue 8

Posted on November 4, 2015 by Kari McGregor Leave a comment

My downshifting journey began a decade ago while I was living in Japan, working quite lucratively as a TESOL teacher (Teacher of English to Speakers of Other Languages) in the university circuit. After many years, it became apparent to me that I was on a treadmill to nowhere, living in a concrete jungle in a culture to which I didn’t belong. With my accumulated capital, I left my boyfriend (who wasn’t on the same page) and returned to Australia to embark on a new lifestyle; one that would be more meaningful to me.

Throughout this time, I became more keenly aware of how destructive our socio-economic and political system is. I’ve long been concerned with social problems, and inequality stands out to me as a primary cause. While I’d previously regretted not jumping on the real estate bandwagon and progressing up the property ladder like so many other Baby Boomers, I was glad now that I’d ignored the nagging I’d gotten to do so. I was able to sell up and rebuild in the southern suburbs of Brisbane without the encumbrance of debt or investments to complicate my life. I built a standard building company home, but by investing in a multitude of sustainable features I brought my daily expenses down to a bare minimum. I wanted to remove my dependence  on, and support for, the debt-based monetary system as much as I could. With my finances simplified and no fantasies of accumulation, I was much happier.

I now live with 30,000 litres of water storage, more solar power than I need (so it earns me a small income), an easy-to-heat-and-cool space for 4 people, a fruit and vegetable garden and chickens on an 800 metre square block that would otherwise have been subdivided for higher density living. I share the space with people who have similar interests — such as HelpXers and WWOOFers – Willing Workers On Organic Farms — and provide for family as necessary.

After many decades of consideration, I am very happy with my decision not to have children. Interestingly, this has made me much more comfortable with them. I am friendly with the neighbours (many nuclear families) and have influenced them and colleagues by my example. They see the benefits of an unencumbered lifestyle, in an world over-taxed by money, stress and demands on the environment. 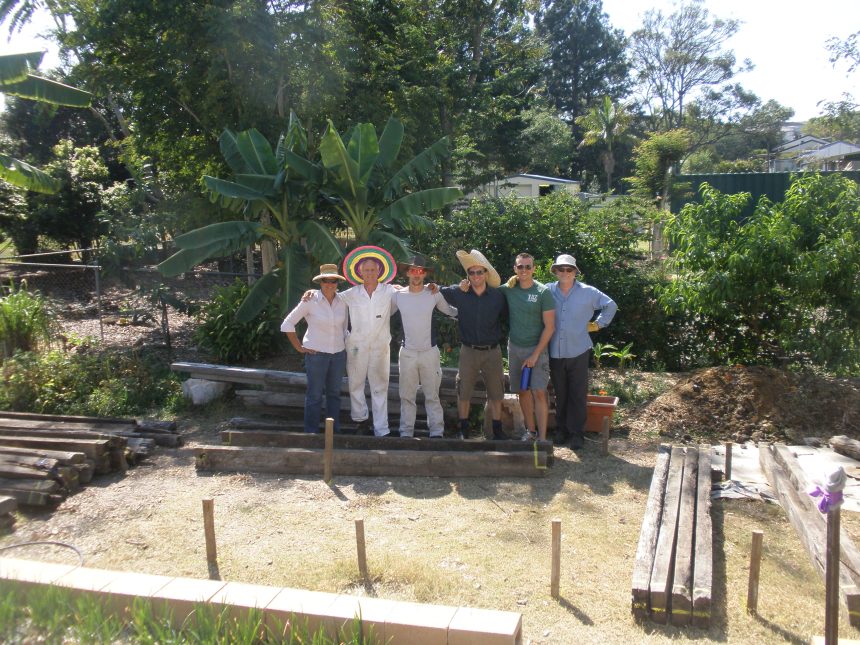 A typical day for me starts with sunrise and birds chirping, letting out the chooks, followed by breakfast. A day at home usually means some gardening in the morning before the midday heat, some online work, lunch and an afternoon beauty nap. The afternoon may include exercise, maintenance, cleaning or community work and some food processing as the temperature drops. I like kicking back to a movie in the evening and usually retire by 10pm.

My time is divided between part-time teaching, gardening, caring for family and community activism. I live as locally as possible; driving the hybrid and cycling, or using public transport where I can. I get the greatest joy from knowing where my food comes from, being able to share it and participating with others in the active development of a better future for all, through networks such as the Zeitgeist Movement, organic food farming networks, alternative currency networks and political groups. I am more socially connected and have more friends than ever before through these networks.

There’s still room for me to find my passions, and I continue to seek them out. At least now I am closer than ever to finding them.

If you have enough space — such as a fence — and live in the tropics or subtropics, grow loofah vines and harvest them for kitchen and bathroom sponges. They dry out more readily and are therefore less likely to harbour bacteria, plus they’re biodegradable. With plenty of rainfall, they’ll grow easily in poor soil. The fruit can be eaten when immature, but for sponges, leave them to grow large and wait for them to dry out on the vine if the weather isn’t too wet by this time. When the skin is brown and brittle, cut them off and break off the skin to remove the spongy interior, which will be familiar. Shake out all the seeds and wash them (either by hand or in a cloth bag in the washing machine). Cut them to size and they’re ready to use.

If you’d like to keep up to date with Simon’s downhifting journey, check out www.equanimityfoundation.wordpress.com.