Under the Spell of Technology

Posted on November 4, 2015 by Kari McGregor Leave a comment

The Walt Disney classic film, Fantasia, is one of my lasting childhood memories. One segment of the film struck a chord – The Sorcerer’s Apprentice. Those 9 minutes of the film visualized (and greatly popularized) an old fable memorialized in the poem, Der Zauberlehrling, by 18th/19th century German statesman and writer Johann Wolfgang von Goethe.

In the Disney version, Mickey Mouse (the apprentice) has been assigned the task of hauling water from a spring to fill a large cauldron. When the sorcerer retires for the night, Mickey dons the wizard’s hat and tries casting a spell to save himself some work. He conjures a nearby broomstick to pick up two pails and begin hauling the water for him.

Self-satisfied, Mickey lays down for a nap. He later awakens to discover the broom has over-achieved. The cauldron is overflowing, but the broom is still hauling water – flooding the chamber. Alas, Mickey knows not how to undo his spell. In desperation he takes an axe to the broom, chopping it into pieces.

Now the story gets interesting. Unfortunately, each piece of broom becomes a new broomstick. Instead of putting a stop to the formerly desired and useful water-hauling activity of the broom, Mickey has unleashed an army of broomsticks, all scooping water from the spring and dumping it into the overflowing cauldron. It is an unmitigated disaster.

It’s interesting that Goethe wrote The Sorcerer’s Apprentice just as humanity was entering our industrial revolution. I wonder if he had an inkling of the genie we had just let out of the bottle with our discovery that fossil fuels could power an engine and exponentially multiply the work done.

Humankind’s burning of coal and oil could easily be likened to Mickey’s donning that sorcerer’s hat. We unleashed a torrent of economic and population growth, and with it a rising tide of climate disruption, species extinction, toxification, resource depletion and ecosystem destruction. Now we’re looking for a new spell to undo that last one.

What lesson did the young apprentice learn from his aquatic adventure?

Sevareid’s Law: The chief source of problems is solutions.

That innovative, labor-saving solution to the problem of hauling water at first was a dream come true, but it soon led Mickey Mouse to face a bigger problem – a flood. This is why I’m not a champion of technological solutions to today’s climate and sustainability crises. Oh, sure, technology has a role, but its positive impacts will be largely negated by unanticipated consequences.

Nuclear power, BPA, CFCs, disposable diapers, damming rivers and processed sugar all seemed like great technological advances in their day. But they and hundreds of other “advancements” have turned out to be dogs. Is desalination a solution to inadequate fresh water to meet the demands of a growing population? Or is it an energy-hogging, brine-producing, fish killer? What about video games, smart phones and iPads? Useful and attractive technological advances? Or responsible for dissolving face-to-face human interaction and disconnecting human beings? In the final analysis, even the green revolution has done more harm than good, allowing population to greatly exceed the Earth’s carrying capacity while we liquidate its oil.

Sitting at a picnic table outside his office on the Stanford University campus in 2008, Paul Ehrlich gave me his take on technology:

At one point Mickey starts bailing water, but that is no match for the army of broomsticks. It’s a perfect metaphor for efforts to conserve water, preserve wildlands, or regulate emissions in the face of an onslaught of exponentially growing economies and human populations. How many of us are spending all our time and attention on techno-fixes like renewable energy or vegetarianism, which alone cannot undo the ecosystem destruction of 7, 8, 9, 10, 11 billion people insisting on 3% annual economic growth?

I don’t mean to disparage the efforts. They’re an important part of the total package. But anyone who thinks we can continue what we are hell-bent on doing today, but just power it with sun and wind while eating tofu and establishing a few marine reserves and wildlife preserves, is…well, just leafing through the book of spells while the water rises past their nostrils.

In truth we need to remove technology from our definition of progress. We need progress of another sort – progress in thought and perspective. Smart grids, smart cars, smart growth, and 8K televisions are not going to advance human civilization. The great human advancement of the 21st century is going to be eschewing our anthropocentric, achievement-obsessed, faster, bigger, more mentality, and instead embracing nature, human relationships, free time, and “enough.” 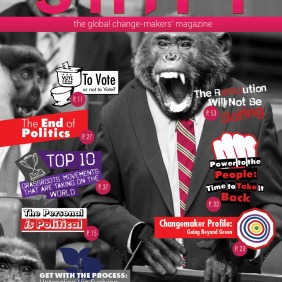 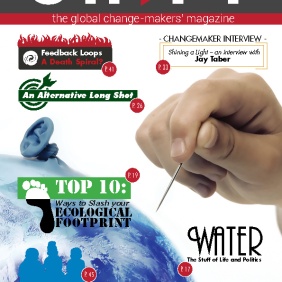 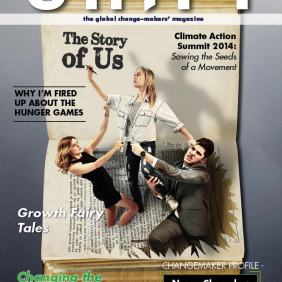 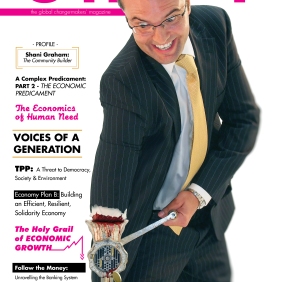 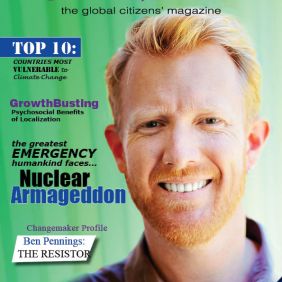